What Is WiFi 6? All About Better And Fastest Routers [Explained]

Wireless Fidelity version 6 is going to launch this year with full deployment. It’s potential impact upon all WiFi devices and compact network will bring faster and reliable connection.

Here we will provide you all the detail and necessary information about the basics of WiFi 6, speed, range, and other features.

You need to follow all the sections very carefully to know about WiFi 6 and its technology in detail. Especially, you will be able to understand the new wireless technology and its role in improving Internet-enabled devices around us.

WiFi 6 is the successor of WiFi 5, which is developed by IEEE (Institute of Electrical and Electronics Engineers).

IEEE is one of the world’s biggest community that consists of professional engineers. It provides us a network and communication facility with the help of its specific set of protocols.

IEEE generally controls the technical advancements in the domain of Wireless Fidelity that we use in our daily life. It’s a community that is responsible for providing a network that is a must needed service for homes as well as industries.

Wireless Fidelity 6 is based on the standard 802.11ax for Internet and network transmission. It is the new version of 802.11 wireless network standards. This version has been derived from its previous standard 802.11ac.

WiFi 6 doesn’t comprise any new method for connecting to optical fiber networks. But, it has a new and improved standard for connecting mobile devices and routers efficiently.

With this new WiFi technology, the devices can effectively transfer wireless signals than its previous versions. It is the 6th version of Wireless Fidelity, that is why we call it WiFi 6. However, the existing standard is the 5th generation network standard.

The mastermind behind this wireless upgrade is WiFi Alliance, which is a non-profit group and dealing with the networking industry. It’s their decision to upgrade the data transmission in a more user-friendly and simple way.

When will WiFi 6 Debut?

WiFi 6 is already present here among the newly launched router devices. You can have the routers in the palm of your hand. But, if you want to use the full-fledged features of this technology, then you must wait for some more time.

The brands which have the consortium to WiFi 6 are Cisco, Netgear, Asus, Ubiquiti, and TP-Link. It also includes the mesh routers like Netgear Orbi, Arris SURFboard, and TP-Link Deco.

However, Samsung Galaxy S10 was the first Android mobile phone that supports WiFi version 6. After that, Apple iPhone 11 and iPhone 11 Pro started supporting it. With the help of the WiFi Alliance’s certification program, you can use this new technology that is running on mobile phones.

We hope that it will also find its place in the upcoming laptops and tablet devices. WiFi 6 also supports the devices that belong to the previous generation but, you may not get much Internet speed.

As many people want to explore the true speed of WiFi 6, the hardware and wireless testing are still in progress. It’s not possible to estimate the exact Internet speed of WiFi 6. We can only assume that it will be 30% faster than the speed of WiFi 5. Theoretically, it will be around 10 Gigabytes per sec.

According to our analysis, we have already estimated that the data transmission speed of WiFi 6 is near about 1.32 Megabytes per sec, which is 40% faster than that of WiFi 5. Besides, the connection speed is 938 Megabytes per sec. So, we can easily assume that the WiFi 6 will be 1000% times faster than WiFi 5.

You must keep in mind that the entire downloading and uploading speed depends upon the configuration of your Internet Service Provider. Hence, using a costlier and good WiFi 6 router may not speed up your connection drastically.

Comparison of WiFi 6 with the Previous Versions

WiFi 6 technology allows you to set the network access points by which your router can communicate with multiple users. This 6th generation technology will embed more information into a particular signal that they will send at once.

Sometimes, it might also split up the signal and send it to many receivers one by one. In one word, we can say that WiFi 6 works as a radio server.

This transmission method is known as QAM (Quadrature Amplitude Modulation). The matter of fact is that, if your router device is better at QAM, then it will be able to send more binary code in each data transmission.

So, if your router sends two binary codes like 00, 01, 10 or 11, then it means that the device is sending as well as receiving more data at a time.

What Makes your Router a Multi-tasking Device?

WiFi version 6 has the ability to transform its host to a perfect multi-tasking device. A multi-tasking router means the device is serving more that one client with the help of a single channel.

OFDMA is a newly launched feature that assists the new technology to become multitasking. This feature allows the router to break the signal transmission into smaller frequency units. These units are known as Resource Units (RUs).

The OFDMA also supports another special feature MU-MIMO (multi-user, multiple inputs multiple outputs). This feature also helps your router to establish a communication with more than one device at a single time.

According to our information, the MU-MIMO was first introduced in the year 2015 when WiFi version 5 came into the picture. Unfortunately, it only supports outgoing signal transmission.

But now, you don’t have to worry because the WiFi 6 will rectify it. It will allow your router to take care of incoming as well as outgoing signals at a time.

If you own a WiFi router of 6th generation technology, it will contain many access points that will help you in scheduling wake-up information. When you are having the same network connection that is active in different routers, the device won’t interfere with each other. This is happening due to the Target Wake Time feature.

This newly launched feature plays the role of traffic police or cop in your router. Whenever the device is on the verge of network congestion or clashing with other incoming connections, the Wake Time feature takes care of the incident and resolves it. 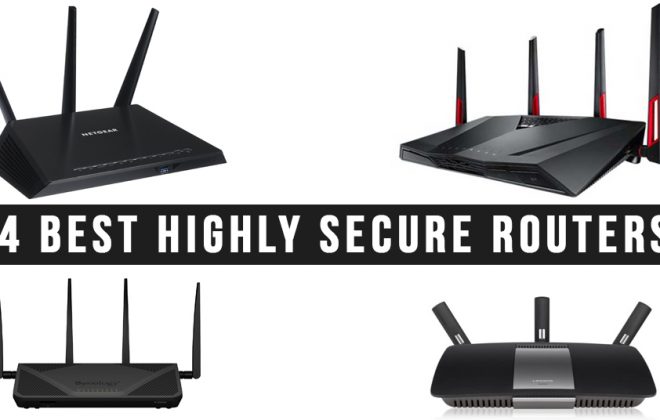 How to Setup a CenturyLink Modem and Internet Service?