Netgear was introduced as the world’s fastest Wi-fi router. The Netgear routers cover the wired and wi-fi device for the broadband as well as for the network connectivity.

So, you have decided to buy a Netgear router for the first time, and don’t have any knowledge about the best Netgear routers model and their features, right?. You can take help from this guide.

7 Best Netgear Routers and Their Specifications

In the below part, the top seven Netgear routers’ names and their specifications are given. If you read the passage till the end, you can quickly understand which router can fulfil your needs. 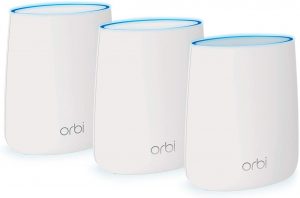 The Netgear Orbi Mesh wireless router supports a satellite unit in order to cover up to 5000 square feet coverage. However, you can boost the cover-up range up to 7000 square feet.

You can easily set up the router through the Netgear Orbi smartphone app. This tri-band Netgear router can cover the dead zone of your home.

The satellite unit offers amplified signal strength and eliminates the dropped connection. Apart from this, the Netgear Orbi router works with the Amazon Alexa commands.

There is also a guest wi-fi network so that you can easily connect new devices. 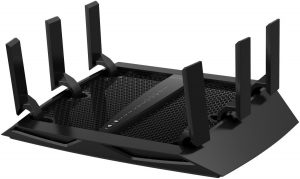 The 1 GHz dual-core processor maintains the network performance.  By using a Netgear smartphone application, you can quickly complete the setup procedure. The Nighthawk X6 router offers to speed up to 3.2 Gbps on the 2.4GHz band. This Netgear model can handle 4k streaming. 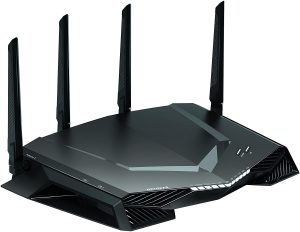 Netgear Nighthawk Pro is the best-reviewed gaming router on the market. If you are a game lover, you must use this router. It includes multiple features such as QoS that can prioritize the gaming device for the best signal.

This Netgear Pro router can minimize the ping time. By downloading the Netgear smartphone application you can monitor the network strength. Besides that, the 1.7GHz processor allows you to maintain the hardware performance. 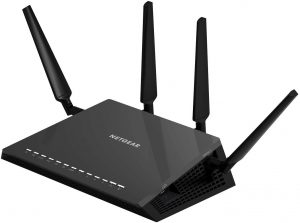 When it comes to the best performance and review, no one can beat the Netgear Nighthawk X4 router. This router offers 600 Mbps on the 2.4GHz. Also, it provides 1733 Mbps speed on the 5GHz.

Thx X4 router is ideal for the large free gaming or 4k streaming on Netflix. In order to increase wireless strength and stability the Netgear Nighthawk X4 router use Mu-MIMO technology. 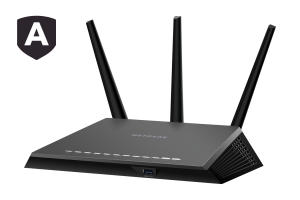 The Nighthawk AC 1750 router can simultaneously handle 12 devices or more than that. With the help of the company’s smartphone application, the setup process can be done within a very little time.

The router is compatible with the Amazon Alexa and Google Assistant for the voice command usage. There is also a dual-core processor that maintains steady performance.

Also, the three external antennas direct the device location to improve the signal range and strength.

In case, you use a big streamer, then take a closer look at the Netgear Nighthawk X4S router. This X4S router offers a maximum speed up to 800 Mbps on the 2.4GHz and provides up to 1733 Mbps speed on the 5GHz band.

It comes up with Dynamic QoS for lag-less gaming. Also, you can easily operate the 4k streaming video. The inbuilt Mu-MIMO feature adds more devices without decreasing the signal strength.

Want to know the setup procedure? well, by downloading the smartphone application you can perform the task without any hassle. Nighthawk X4S router equipped with high-gain external antennas pair. These antenna features can increase signal range and strength. 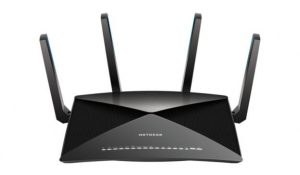 With the eye-popping speeds, the Netgear Nighthawk X10 router is considered as one of the fastest routers. This model of the Netgear router use 802.11ac connectivity and the speeds can be up to 7200 Gbps across the 5GHz and 2.4GHz band.

The internet hardware of this router is designed with a quad-core 1.7GHz processor and this can handle 4k streaming, VR gaming as well as the Web browsing.

The Netgear Nighthawk X10 router supports the MU-MIMO feature. This feature can double up the wi-fi speed for mobile devices. To maximize the signal range the X10 router can even also use a signal amplifier.